We all make resolutions. To lose weight, to finally learn how to put together an outfit without looking like a clown, to be more social, to be less distracted by Facebook…the list goes on and on. Every New Year’s Eve people are resolving to do better in the upcoming year.

Yet according to a Time poll, most Americans make New Year’s resolutions and most Americans break them. After polling around 2,000 adults, researchers found that most people resolve to cut down on their drinking habits (46%), lose weight (35%), exercise more (28%), and spend less money (25%).

Why do people find it so hard to keep their promises?

For one thing, they often set the bar too high. Making a resolution to start going to the gym is one thing, but resolving to become an Olympic-level athlete in three months is another. People simply don’t know how realistic their resolutions are and they’re setting themselves up for failure.

Another reason people find it difficult to keep their resolutions is that they don’t understand the motivations behind them. People might think that they’re making their goals to be healthier, but they actually want more free time or to save money on gym memberships.

What happens when you break a resolution?

Some people feel guilty and ashamed, but that’s a pretty negative thing to feel. If you break your resolution, it doesn’t say anything about who you are as a person; it just says something about what your goals were.

So what can people do to make resolutions that are more likely to be kept?

Don’t Beat Yourself Up

Breaking a resolution is not the end of the world. In fact, most people break their resolutions at some point during the year. Rather than feeling guilty and ashamed, try to learn from your mistakes and move on. This will help you avoid shame spiraling.

A shame spiral is when a person feels guilty and ashamed over an action or reaction. This can lead to negative emotions and thoughts, such as self-judgment, low self-esteem, and depression. Shame spirals can be unhealthy for people because they can keep people trapped in a cycle of negative thinking.

The easiest way to avoid experiencing a shame spiral is to simply forgive yourself. This doesn’t mean you’re excusing your actions, but it does mean that you accept what happened and will do better next time. This is especially true when it comes to New Year’s Resolutions.

It’s important for people to learn how to stop self-loathing after breaking their resolutions not to beat themselves up too badly. These negative emotions can quickly spiral out of control.

If you’re feeling overwhelmed by shame and depression, don’t hesitate to contact Solace Emotional Health. Our professional counselors are here to help you confront these emotions and work through them in a healthy way. 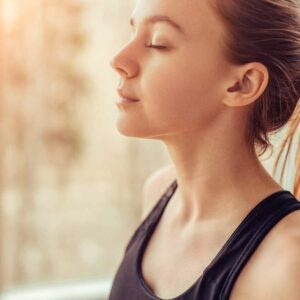